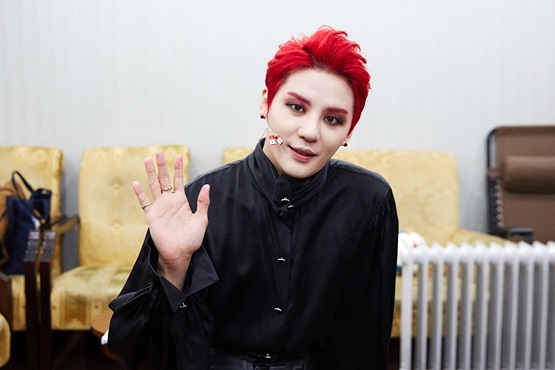 On the 11th, C-JeS Entertainment spoke of Kim Junsu’s feelings about ending his 2016 run of the musical ‘Dracula’, which was being performed at the Sejong Culture Centre.

Kim Junsu poured his heart and soul into each and every performance, and his explosive vocal talent and emotional delivery had audience members leaping to their feet in applause.

According to his agency, Kim Junsu stated, “‘Dracula’ is a musical I want to keep in my heart forever. I was able to do my best because of everyone’s support and cheers. Thank you so much for all of your love.” Kim Junsu added, “I’ll be greeting you all with a variety of activities this year, so please keep a look out for me.”

Kim Junsu showcased a more mature interpretation of the love story in ’Dracula’ this year. He has been highly praised for his acting skills that had audience members entranced in each scene.

With his run of ‘Dracula’ coming to a successful end, Kim Junsu will now focus on preparing for his Japanese concert tour.