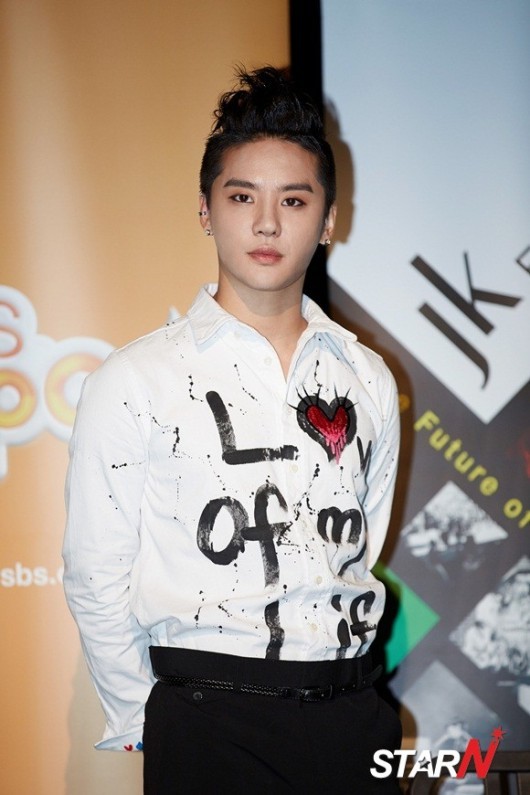 XIA Junsu has landed in Australia for his solo concert.

On the 27th, his agency C-JeS Entertainment stated, “Ahead of his first solo concert in Australia, XIA Junsu began his official schedule with a press conference. As the first JYJ member to officially visit Australia, XIA Junsu has a packed schedule ahead of his concert for the benefit of his Australian fans, including an appearance on a local television program.”

They continued to add, “XIA Junsu held a press conference at 4pm (Australian time) a the SBS Australia broadcasting company with major Australian press companies such as Sydney Today, MTV Australia, and TVB. Answering the reporters’ questions, XIA Junsu talked about how he felt about visiting Australia for the first time and what the other members of JYJ are currently doing.”

At the press conference, XIA Junsu stated, “The Australia that I remember is such a beautiful country. I always wanted to come back, and I’m very happy to be returning for a concert. My first Australian concert is very meaningful for both me and my Australian fans. I want to have an incredible time with my fans at tomorrow’s concert.”

A reporter for Sydney Today stated, “We’re so excited to have XIA Junsu in Australia. Many fans here are extremely happy to see him. Thanks to XIA Junsu’s friendly and energetic personality, a great aura surrounded the press conference. We’re extremely excited to see such a popular performance in real life.”

Meanwhile, XIA Junsu will be participating in a press conference, and he will also be making a special appearance on SBS Australia’s ‘POP ASIA’ program.