According to Japan’s Oricon daily album charts on the 7th, TVXQ topped the charts for the second consecutive day with their sixth album ‘TIME’, proving yet again just how popular they are in Japan. 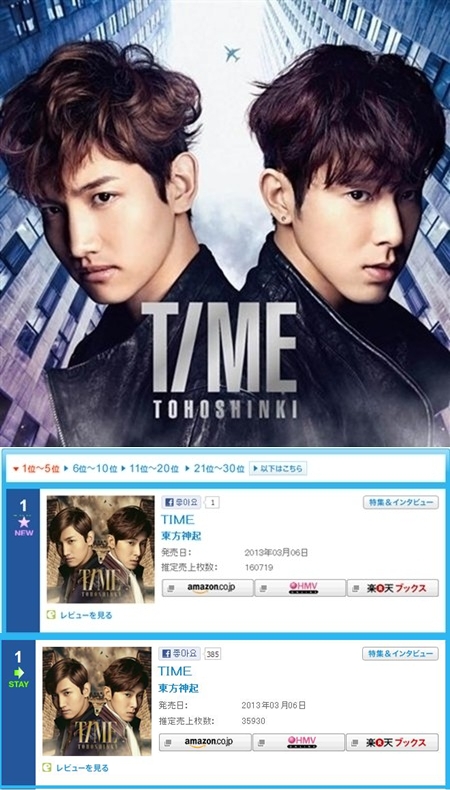 Their latest album has been released in three versions, centered around the theme of the past, present and future. The album contains a total of 14 tracks, including the Japanese versions of ‘Catch Me’ and ‘Humanoids’, as well as tracks from their previous singles. The title song ‘In Our Time’ is a medium-tempo ballad that showcases TVXQ’s melodious voice.

The fact that TVXQ are the only non-Japanese artistes in the top ten rankings is drawing a great deal of attention.

Meanwhile, TVXQ’s will kick off their ’5 Dome’ tour on the 27th of April at the Saitama Super Arena and move on to Tokyo Dome, Osaka’s Kyocera Dome, Fukuoka’s Yahoo Japan Dome, Sapporo Dome and Nagoya Dome.

One thought on “[TRANS] 130308 TVXQ Top The Oricon Charts For Two Days Straight, ‘Undeniably The Kings Of Hallyu’”